I love the middle portion of this one, where the guy does a little "acting":


Excellent hand motions on this one:

Upon seeing these clips of live footage, two things become obvious. First, hedonism ultimately has to be a light-hearted affair, and, second, that (the band?) Savage were about much more than just great, great songs; Savage was about performance; and Savage was/(is?) about love! -JAZ 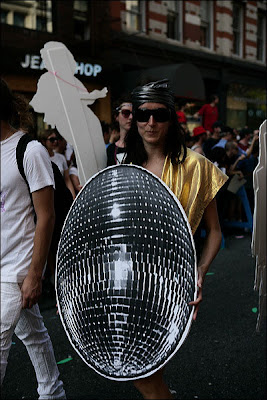 Gene Veith quotes from "The Spirituality of the Cross": "Many people assume that moralism is, in fact, what Christianity is all about...Moralism, however, involves a host of impossibilities and contradictions" (pp. 18-19)

"Instead of insisting that human beings attain perfection, Lutheran spirituality begins by facing up to imperfection. We cannot perfect our conduct, try as we might. We cannot understand God through our own intellects. We cannot become one with God (via mystical routes). Instead of human beings having to do these things, Lutheran spirituality teaches that God does them for us...We do not have to ascent to God; rather, the good news is that He has descended to us. Most philosophies and theologies focus on what human beings must do...Lutherans insist that there is nothing we can do, but that God does literally everything." (pp. 17-18)
Posted by John Zahl at 10:03 PM 1 comment:

"One reason for the joy in heaven over a sinner's repentance is the unique power which comes with forgiveness. The repentant sinner, having been forgiven and having been taken back like the Prodigal Son, learns a lesson of love that the righteous do not know. On his return the Prodigal knows the power of the father's love much better than he did before he left. This curious and alarming spiritual fact, that a forgiven sinner has experienced a measure of God's love he did not know before he sinned, has upset many people...From the very beginning this fact led some to ask St. Paul, 'Then should we sin that grace may abound?' Of course not, but the alarming quality of this part of the Gospel has led the principle of forgiveness to be denied and the consequent power lost...Christ's burden is light and his yoke is easy only when we ourselves are carried by his forgiveness.

"A sergeant told a grim joke to his trainees during the Second World War, which shows the real flaw in the Pharisaic understanding of Christianity. a man stopped on a dirt road to help get another man's car our of the ditch. The latter was beginning to harness two small furry kittens to the bumper of this huge car when he was asked, 'Mister, you aren't going to try to get those kittens to pull that car out of the ditch, are you?' His reply was, 'Why not? I've got a whip.' The lash of the Law is used in similar spiritual situations. Without the principle of forgiveness our conscience acquires a quality of cruelty that makes the Gospel of Christ anything but the Good News.

"It is perfectly incredible how the unmistakably clear and simple fact of God's forgiveness of sinners has been so frequently denied throughout the history of Christianity. There is a story of a clergyman who had an argument with a vestryman about whether a woman of bad reputation should be made welcome in the church. Finally the minister said,'Well, didn't the Lord forgive the woman taken in adultery?' 'Yes,' replied the old gentleman,'but I don't think any more of him for having done it.' ...the resistance is always so great that every age needs to discover anew the experience and power of God's free forgiveness which is continually available to all. We can generally assume, regardless of our tradition, that we have not been adequately 'let in on' this part of the Good News."
Posted by John Zahl at 7:10 PM 1 comment:

Recent little article from me on stewardship.

For a long time I've been wondering if AA's co-founder Bill W. ever addressed the issue of antinomianism (read: spiritual and moral anarchy supposedly caused by the absence of Law) directly. Sure enough, he does, in a rather unpopular portion of the "Twelve Steps & Twelve Traditions" known as AA's Twelve Traditions, "Tradition 9" in particular, which states: "AA, as such, ought never be organized: but we may create service boards or committees directly responsible to those they serve." Here follow some fantastic quotes from the brief four pages written by Bill on "Tradition 9":

"When Tradition Nine was first written, it said that 'Alcoholics Anonymous needs the least possible organization.' In years since then, we have changed our minds about that. Today, we are able to say with assurance that AA should never be organized at all...

"Did anyone ever hear of a nation, a church (!), a political party, even a benevolent association that had no membership rules? Did anyone ever hear of a society which couldn't somehow discipline its members and enforce obedience to necessary rules and regulations? Doesn't nearly every society on earth give authority to some of its members to impose obedience upon the rest and to punish or expel offenders? Power to direct or govern is the essence of organization everywhere.

"Yet AA is an exception. It does not conform to this patter. Neither its General Service Conference, its Foundation Board, nor the humblest group committee can issue a single directive to an AA member and make it stick, let alone mete out any punishment. We've tried it lots of times, but utter failure is always the result.

"At this juncture, we can hear a churchman exclaim, 'they are making disobedience a virtue!' (i.e., read: should we sin more that grace may abound?) He is joined by the psychiatrist who says, 'Defiant brats! They won't grow up and conform to social usage!' The man in the street says, 'I don't understand it. They must be nuts!' But all these observers have overlooked something unique in AA. Unless each AA member follows to the best of his ability our suggested Twelve Steps to recovery (read: acknowledges that he/she is powerless and therefore in need of a saving grace), he almost certainly signs his own death warrant. His drunkenness and dissolution are not penalties inflicted by people in authority; they result from his personal disobedience to spiritual principles (read: his/her sin).

"...So we of AA do obey spiritual principles, first because we must, and ultimately because we love the kind of life such obedience brings. Great suffering and great love are AA's disciplinariean; we need no others.

Let it be said that, in the face of true sin , God becomes extremely real and the human will becomes utterly insufficient to solve any deep problem. --JAZ
Posted by John Zahl at 4:56 AM 8 comments: 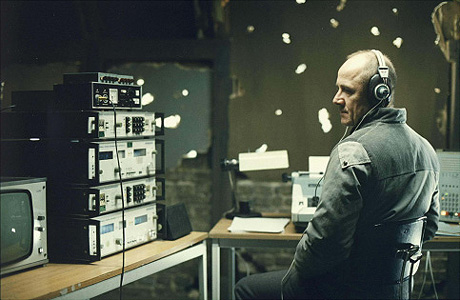 Watch this movie, ...and then tell me that the single word "atonement" doesn't summarize the entire core of the Christian faith. This brilliant film (and I) begs to differ. Also worth noting is the director's wonderful name: Florian Henckel von Donnersmarck!
Posted by John Zahl at 4:48 AM 2 comments: 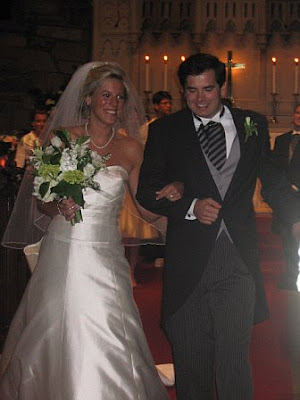 A wonderful weekend was had by all!
Posted by John Zahl at 12:40 AM 4 comments: 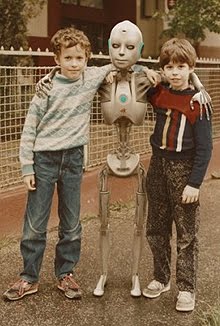